How Rotary Came to Richmond

“One afternoon we [Walter Helms and a friend, Alex Sherrifs, the Superintendent of Schools in San Jose] took a hike and he told me about his experiences as a Rotarian and District Governor. He had just returned from a conference in Chicago. His discussion of Rotary and the value it had been to various communities in developing friendship and acquaintances interested me, and I spoke to him of the probability of such an organization in Richmond.”

How Rotary Came to Richmond
A Remembrance by Walter Helms, 1940

The world’s first service club was founded on February 23, 1905 when lawyer Paul Harris and three friends met in a small office in downtown Chicago. These men wanted to rekindle the spirit of friendliness they had known in the small home towns of their youth. Word of the club soon spread and others were invited to join. They named their new club “Rotary” to describe the practice of meeting in rotation at the members’ various places of business.

Originally formed for fellowship, the first Rotary club quickly evolved to use the talents and resources of its members to serve the community. By the end of 1905, the Rotary Club of Chicago had 30 members. Three years later a second club was established in San Francisco, and shortly thereafter, Oakland (which included Berkeley and Alameda) became the third club in the United States. 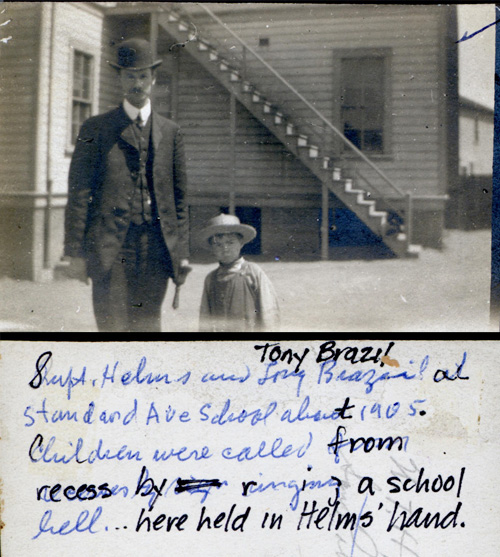 Superintendent Walter T. Helms with student in 1905 (Helm’s first year as Superintendent). Below, note on back of print. Courtesy Richmond Museum of History, Richmond, CA.

In October 1919, the annual meeting of the City and County Superintendents of Schools in California was held in Yosemite Valley. In attendance were Alexander Sheriffs, Superintendent of San Jose Schools and Walter Helms, Superintendent of Richmond Schools. Alex was also the 1919-1920 President of the San Jose Rotary Club and District Governor of Rotary District No. 2. He and Walter were very close friends.

Walter had never heard of Rotary but Alex’s enthusiasm for this new organization and what it had accomplished in San Jose stimulated Walter’s interest in forming a club in Richmond. Alex contacted Robert Gordon Sproul, President of the Berkeley Club, who appointed a committee to investigate the possible sponsorship of a Richmond Club.

President Sproul then wrote Walter, inviting him to attend a Rotary meeting and to bring two friends. Walter asked Fred LaMoine and Harry Marcus to attend with him. They were so impressed, they agreed to serve on an organizing group to select 25 qualified men in Richmond as the Charter Members.

On April 16, 1920, the first meeting was held at the Carquinez Hotel in Richmond (later to be named the Don Hotel). Clark L. Abbott was the first President, and Walter Helms became President in 1927-28.

Timeline of the first 100 years of the Richmond Rotary Club.. 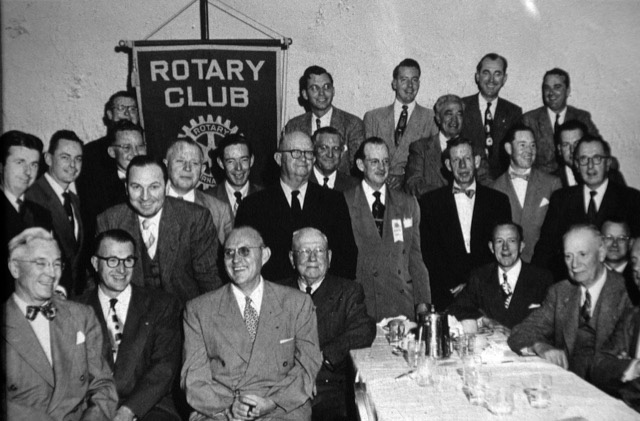 In April of 2020, Richmond Rotary will celebrate its 100th anniversary in its meeting place ‘home’ in the historic Richmond Country Club, founded in 1924. A former PGA Tour stop, and the first in America to invite African Americans to play in professional tournaments, the golf club today describes itself as low-key, without pretense and with spectacular views of the Golden Gate, Bay Bridge & Mount Tamalpais.

Service above Self — Community Projects then and now

During the war years of 1943-44, club membership passed the 100 mark. The most outstanding accomplishment of Richmond Rotary at the time was running up sales of $1,500,000 in war bonds. Proceeds were designated to purchase four fighter planes. In 1952, Richmond Rotary’s major project at that time was the purchase of 12 acres of land in the redwoods near Garberville. This land was presented to the YMCA to be used by their camp in that area.

Over the last 25 years, Rotarians have contributed skills, time and financial support to a wide variety of projects both locally and internationally. Some of the more memorable “hands-on” projects are: 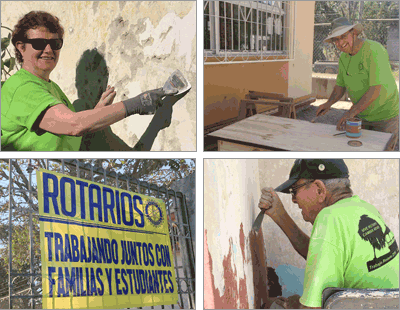 School improvements in Chacala, Mexico. May, 2018.